For 10% off your first order, please sign up and your code will be emailed to you.

Never miss out + 10% off your first order

Get the latest inspiration, offers, and recommendations 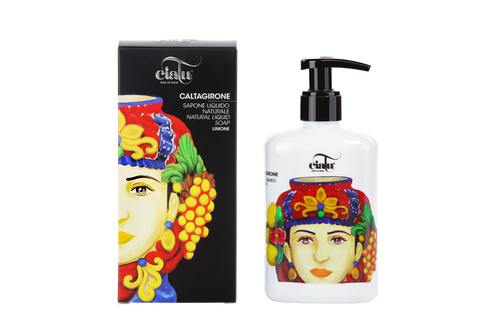 This liquid soap has been infused with olive oil and a zesty lemon scent that evokes the sunny isle of Sicily where Ciatu draw their inspiration. The nourishing, emollient and antioxidant properties leave skin feeling soft, cleansed and beautifully hydrated.

The name of Ciatu's liquid soap is "Caltagirone" inspired to the sicilian city of Caltagirone, famous for producing ceramic objects like the illustration on the packaging depicting a ceramic female Moor’s head. The Moor’s heads are traditionally used as plant pots for the balcony. This use arises from the popular legend in which two secret lovers, during the Arab domination in Sicily, were detected, decapitated and their heads exposed on a balcony.

The packaging of the two fragrances orange and lemon, come together to make up the whole illustration.

Massage on to wet skin and rinse.

Scottish Fine Soaps You Are a Star Soap in a Tin

You're currently on our site.
Would you like to visit our site instead?